Posted on January 7, 2021 by Katelin Hamilton 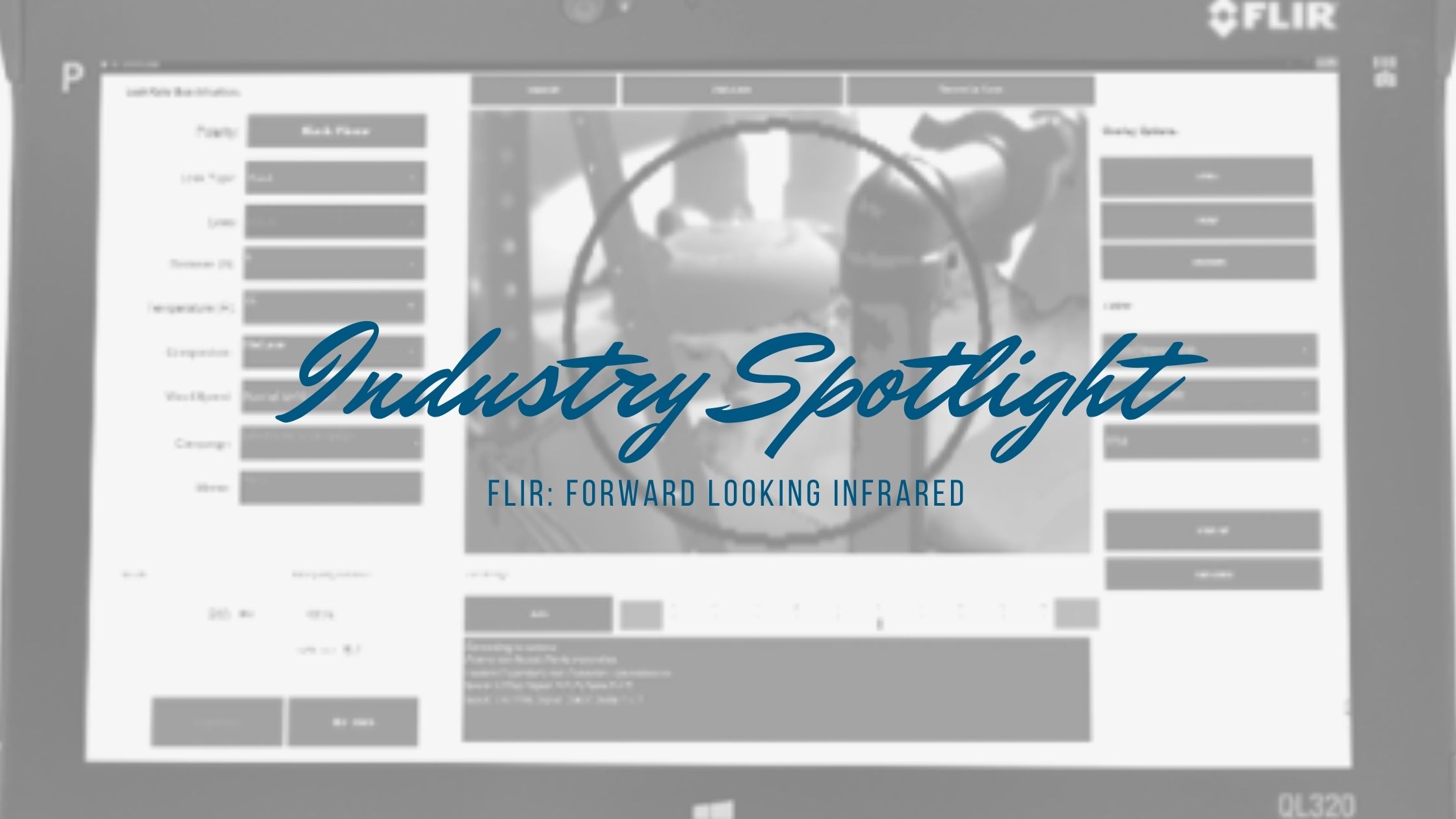 Welcome back! We took a two-week break from blogs over Christmas and New Years to really focus on content planning. With that being said, I am so excited to get back into them. I enjoy writing them, and even though they aren't interactive, I look forward to sitting down and "telling you a story," every week (so to speak!).

One of our most recent blogs, Industry Spotlight: Vacuworx, did really well! I figured we would follow that theme and do another spotlight this week, but this one might be even better! This week's spotlight is a company that our very own COO, Tim Webb, worked for. He did some really cool projects with them, and I even got to pick his brain and do a little interview, but you'll have to wait until next week for that! This week, we'll be talking about FLIR - The Global Leader in the Design, Manufacture and Marketing of Thermal Imaging Infrared Cameras.

FLIR was established in 1978. They pioneered the development of low-cost, high-performance infrared thermal imaging systems for airborne applications. In not so many words, they produce affordable, high-quality infrared cameras and other products for general public as well as for private contracts. Thermal imaging systems detect the infrared energy (heat) that is emitted by all people, objects, and materials.

In the late 1980's, FLIR began developing hand held systems for a variety of commercial applications that required superior image quality, as well as the ability to detect and measure temperature differences. In 1990, FLIR began acquiring other imaging groups. Specifically between 1990 and 2000, they acquired Hughes Aircraft Co., Agema, and Inframetrics. These acquisitions provided FLIR established engineering teams, sales, and support infrastructure they needed to grow at a rapid pace.

In 2003, FLIR acquired Indigo Systems who was a leading developer and supplier of a wide range of infrared imaging products, including cooled and uncooled infrared detectors, camera cores, and finished cameras. This further boosted their technology and R&D base.

FLIR has invested in numerous markets adjacent to their own, including technologies, and products to expand its sensor solution set and its ability to service a broader set of customers (i.e. commercial and general public sales). These investments have allowed FLIR to grow in revenue and unit sales, which has helped further reduce the cost of their products. This has resulted in an increase in customers and global awareness, and the increase in application and knowledge of thermal technology.

Most of the information comes from their website, where they have a wonderfully detailed history of the company, synopsis of what they do, and the technology they've created. If you're interested in learning more, I highly recommend checking out their site.

We'll be back next week with a blog over the work Tim did during his time working with FLIR, including his proudest design, an infrared K9 collar! Update: That blog is now LIVE! Check it out by clicking here.

FLIR is making the world better (and much safer!) with its technologies, and they continue to do really cool things, making leaps and bounds in the technology. Hopefully they'll also experience some reinvigoration after being acquired by Teledyne! If you know about a company who should be featured, let us know!

Until next time, Believe in The Q!

This entry was posted in Insider, Educational