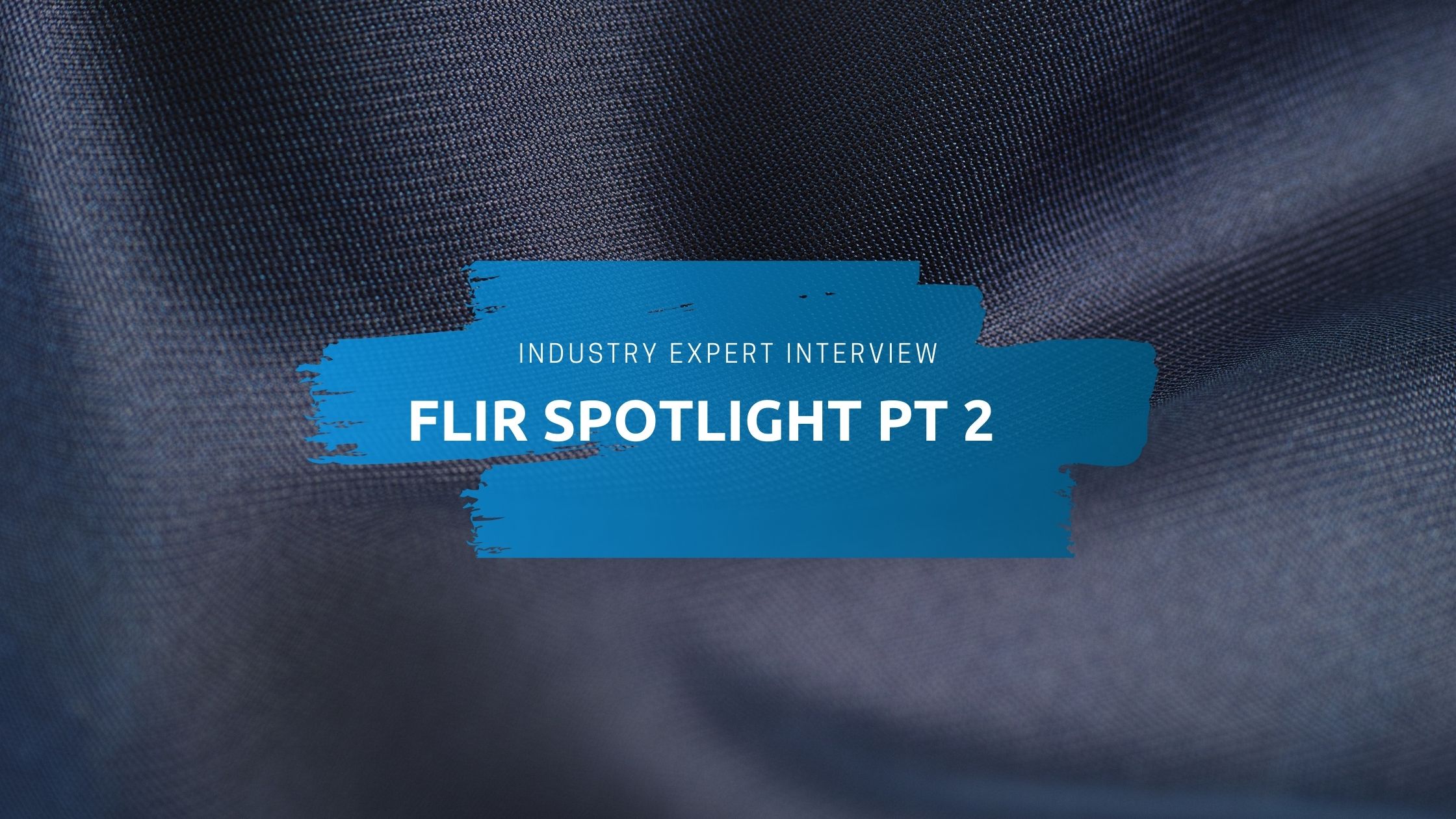 When I planned to write a blog about FLIR, I knew I could get some good insight from Tim. I never knew I'd get enough to turn it into a two-part series! I should've figured though, Tim is a great story teller and knows a lot about this industry. He has thoroughly earned the title of "Industry Expert."

This week, we're going to talk about Tim's experience working with FLIR. He did a handful of projects with them, a lot of which he cleared up long-standing roadblocks from designers before him. Tim started working with FLIR when he was employee number 74 at Nomadics. Nomadics was a company started by two engineers who worked in security and defense using the SBIR (Small Business Innovation Research) funding system. They had a pivotal partnership with Dr. Timothy Swager of MIT. They focused on his patented amplifying fluorescing polymer. Dr. Swager's work was fundamental in the creation of the FIDO product line. It quite literally couldn't have happened without him, his polymer was the "secret sauce" in the FIDO explosives detector.

At Nomadics, Tim established a CAD drafting and engineering department focused on using the latest 3D CAD technology software and data management systems. He also created a 3D printing system to act as a shared services department where others could place orders and have them made quickly and affordably for all internal projects and programs at Nomadics.

As a disclaimer, all of the projects Tim worked on were military in nature, so the extent of his work cannot be fully disclosed here. We are giving you as much of an insider as we can though! Tim said "Our job was to create explosives detection solutions that could be rapidly deployed to the warfighter en theatre. Having to rapidly deploy solutions for explosives detection, the programs were often abbreviated and accelerated for rapid prototyping, machining, and injection molding with agile program execution methodology." So, in not so many words, they had the Disney Fast Pass for engineering and manufacturing. Any resources they needed were essentially at their fingertips. Tim said the biggest thing he gained from working at Nomadics was how the industry harvests tech to get the product to market quickly.

Tim's first project with FLIR was developing a backpack mounted vacuum to be used with the FIDO explosives detector. The FIDO was developed to identify land mines in Europe without detonating them. It used a wearable vacuum technology that is highly reminiscent of Ghost Busters. It was designed to use "wide area reduction." Users would go section by section scanning the air to identify whether or not there were explosives present. They did this by using a cartridge that Tim re-designed with glass beads in an enclosed tube. Explosives vapor is "sticky," according to Tim. So you collect the vapor, then heat it on a block that Tim designed with inspiration from his mom's curling irons, and you could then identify whether or not there were explosives present.

Tim said this was all common sense, which is hilarious to me because even after nearly a year working for him, a lot of what he says still goes way over my head. He calls genius "common sense." They were looking for what was called a "dirty bomb," which means it is essentially a two-factor bomb. The initial explosion was followed by radiation or something biochemical that would continue destruction after the detonation.

Tim's final project with FLIR was an infrared K9 unit collar that he designed and prototyped for a military contract. He doesn't have any documentation of his final project due to it being a government contract. You can view the final prototype before injection molding in or design portfolio. He's very fond of this project. I'm a wholehearted dog person, so maybe that's it. Either way, he said "It's the most fantastic product I've ever developed." As far as we know, his collar is still used on military K9's today! It had probes for radio communication up to one mile away, as well as an infrared beacon so the dog could be seen in the dark with an infrared monocle. This provided more safety for the K9 unit and his handler to move stealthily. He created his prototype using injection molding, and he regrets not getting more images.

Tim is great at his job, and luckily for all of us, he shares his expertise. He will design something for you, too! If you're stuck on something and don't know how to make it work, reach out and maybe Tim can help you get un-stuck. He specializes in rapid prototyping and injection molding and might be able to offer some insight to help you. We hope you learned something this week, and don't forget you can nominate a business to be featured via email!

This entry was posted in Insider, Educational

Migrating PDM to Azure for a Cloud PDM

3D Printing Materials - They use what?!