Will my Laptop Run SOLIDWORKS?

Posted on September 3, 2020 by Katelin Hamilton 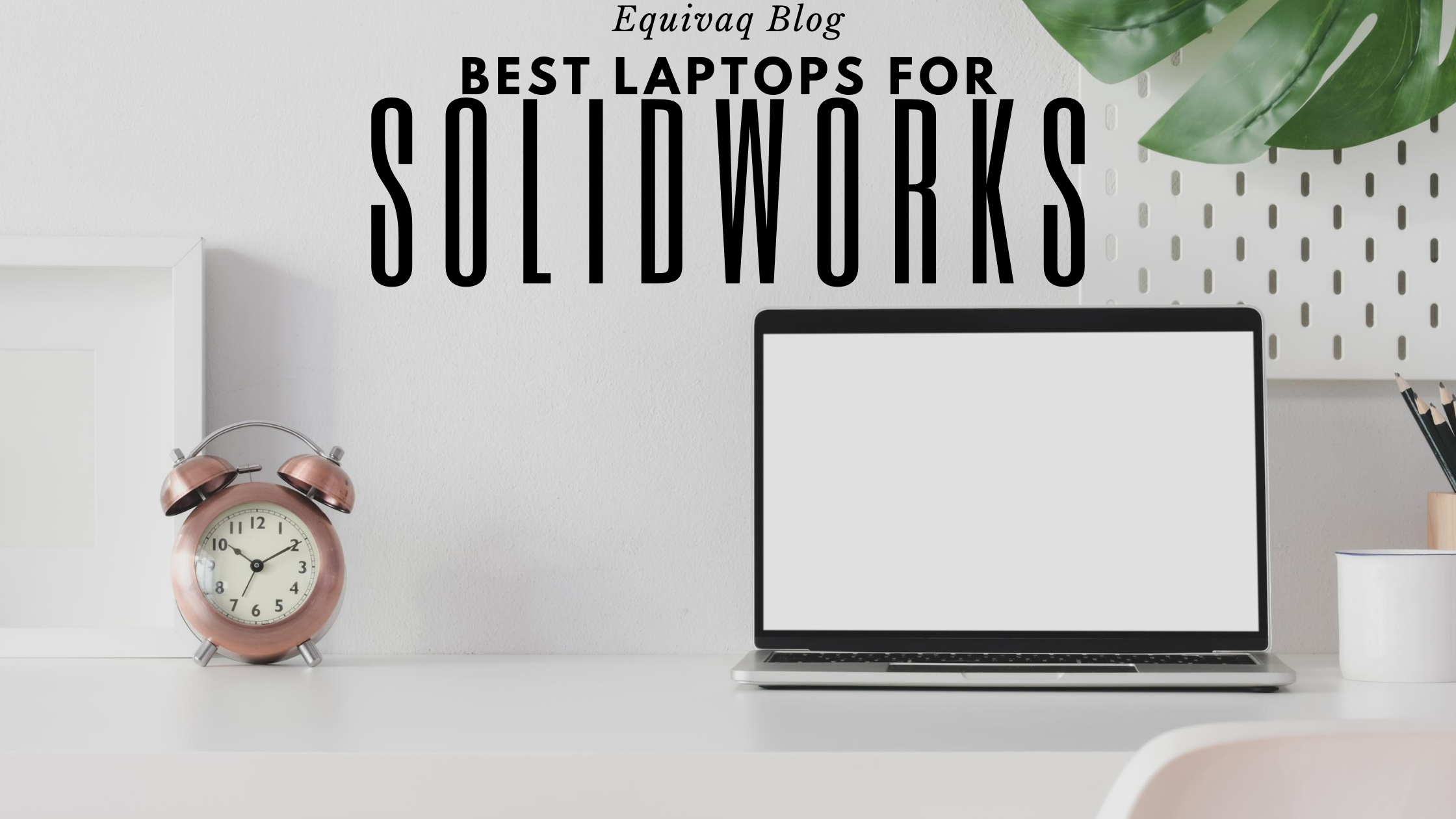 We see this question asked all the time, but it's especially common over on Reddit in the r/SolidWorks forum. We decided to give you a rundown of what capabilities your computer will meet if it can run SOLIDWORKS, versus what would be ideal. There is a big difference between being able to run it and being able to run it well. For example, I can run (well.. maybe not run. But I could finish it eventually) a 5k, but a cross country runner is much more equipped and won't struggle like I will.

Ultimately, there are configurations that are the bare minimum for running SOLIDWORKS, and then configurations that are "recommended," aka it'll handle it like a cross country runner doing a 5k. We'll list both, and include some basic laptop recommendations. If you're an avid Mac or Apple fan, I've got bad news for you. There are none on this list! If you're set on using an Apple product, you're not totally SOL! Check out our blog on VDI, the program that makes it possible to run SOLIDWORKS on Apple. Javelin Tech did a blog on how to make SOLIDWORKS work on a Mac, but that ties into 3D Experience, not plain ol' SOLIDWORKS so it's not something we recommend. Apple products are great, don't get me wrong, but when you're working with a highly interactive program like SOLIDWORKS, you need something a little more than Apple has to offer.

I asked Tim, our Director of Operations, for a list of laptops he would recommend for anyone who plans on running SOLIDWORKS, whether professionally, for education, or as a hobby. Here's what he gave me:

1. SolidBox Engineering Mobile Level 1 - If we had a bigger budget (think a few thousand), THIS would be our pick. SolidBox builds laptops and PC's that are literally made for the job. They take Dell laptops and rework them into SOLIDWORKS machines. This laptop is top of the line, includes 3 years of Dell ProSupport Plus, and is the only one that is made to run SOLIDWORKS.

2. Dell Inspiron - This laptop meets all of the criteria and will run you about $400. All you Apple fans should note, it's much cheaper than a MacBook and is more capable of running SOLIDWORKS.

3. Dell Latitude - Dell is a solid choice when it comes to a laptop, which is why the brand makes our list twice. They are tried and true, and tend to outlast the competitor. Did you know they also price match? This is one of our favorite things! Best Buy also offers a price match and boy do we use it.

4. Acer Aspire - This one is a little bit pricier at $1,300. We love that while it's capable, it's also slim and sleek. We know there is stigma of a laptop that does what you need being bulky and heavy. This is not! It's the best of both worlds!

5. HP Pavilion - HP is another tried and true, so we have three options from them! The Pavilion comes in a million different renditions now, including a touch screen version which can be really cool to work with in SOLIDWORKS.

6. HP Elitebook - The Elitebook is another pricy option at $1,700, but you can usually find them for cheaper if you shop refurbished or open box laptops! Best Buy usually has them if you're willing to take the chance, plus their return policy doesn't say whether or not they will return or exchange open box items. Do with that information what you will.

7. HP Envy - This one has a variety of capabilities, and also comes in a touch screen. Best Buy also offers a discount for students on this laptop!

8. Lenovo ThinkPad - The ThinkPad has been around for years. It really doesn't look all that different from its early 2000's predecessor, but when we tell you it's tried and true, we mean it! You can't go wrong with the ThinkPad!

9. Microsoft Surface Pro X  - The Surface is a newer laptop, and we love what we've seen of it. It's capable but thin, multipurpose, touch screen, and the customization options are unmatched. You can also purchase a data plan for it, which is a great option if you work on the go where Wifi isn't always available. If you use your laptop outside of SOLIDWORKS, this is the one for you. This one is especially great for toting around campus because it weighs so little, and since it's a Microsoft product, it can run Office like a champ!

Again, any laptop that meets the criteria in the table above will do the job. Aside from the SolidBox, none of these laptops are made for SOLIDWORKS, which can eventually lead to support issues and crashing. The first column is the criteria you need to look for in order to run SOLIDWORKS, if your laptop meets that, you'll be able to run it. The downside of running SW on a barely-capable laptop would be that it's slow and clunky.

This list is not the end-all-be-all of laptops, they're just Tim's favorite! We're not sponsored by or affiliated with any of the devices or companies listed and we will never recommend a product we don't believe in.

When it comes to shopping for a new laptop, or investing in a SOLIDWORKS license, you want to make sure you're going to be equipped for all of the cool things you're going to design while using it. We know it's a big choice, likely accompanied by some serious research.

If you have any other questions about what laptop or even desktop to buy, or what you should do next, feel free to reach out to us! We are a dedicated education resource, and we want to help the next generation of engineers and designers get their footing in the industry. We try to make ourselves as accessible as possible, so we're always just an email away!

This entry was posted in Solidworks, Educational

A New Partnership SQL Queries: How to get Started on Dashboards